Behind the Scenes: Staying Connected with Microsoft Teams

Although Jujama is located in Scranton, PA, we run things a little differently than Michael Scott at Dunder Mifflin (sorry, this is a tired Scranton joke but we went for it anyway). Unlike “The Office,” the days of email chains and faxing are over.  We like to keep things fun and simple here by using Microsoft Teams to share everything from company updates to photos of the office dogs.

Microsoft launched Teams last year, trying to secure its place in the group messaging app game. Attempting to compete with Slack, the current leader in office messaging, Teams aimed to connect staff, enhance productivity throughout the office, or even replace the countless emails received daily.

Microsoft described its newest addition as a “digital translation of an open office space.”

As Office 365’s primary communication client after replacing Skype for Business, Teams has made it more effective for Jujama’s office team to communicate between our two floors and two locations. Switching over to Teams and Office 365 has also given our team the flexibility to work remotely when needed. In fact, the vast majority of our team work from home at least one day per week without ever missing a beat.

The Jujama office takes their Teams conversations very seriously. Our hardworking and dedicated team sticks strictly to business, sharing only the important information including scheduling updates and penguin GIFs. 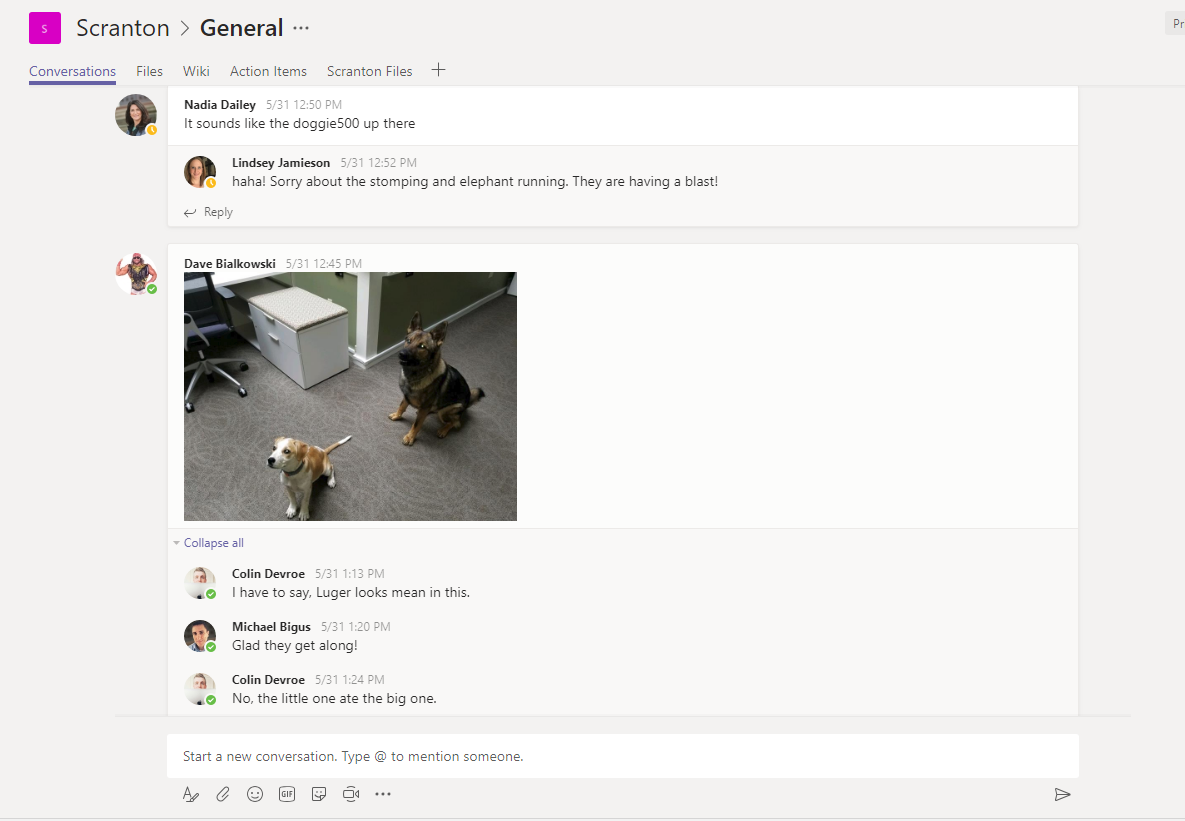 “With Teams, Microsoft isn’t just taking on Slack or Cisco or whomever, they are trying to change the rules of the game for team collaboration on their own terms,” Cannell said.

Even though we keep our Teams channels carefree and fun, it does help us to successfully complete our work faster and more efficient than before. Taking full advantage of the collaboration help from Teams, Jujama is on its way to changing the conference app game our way and on our terms from anywhere in the world.